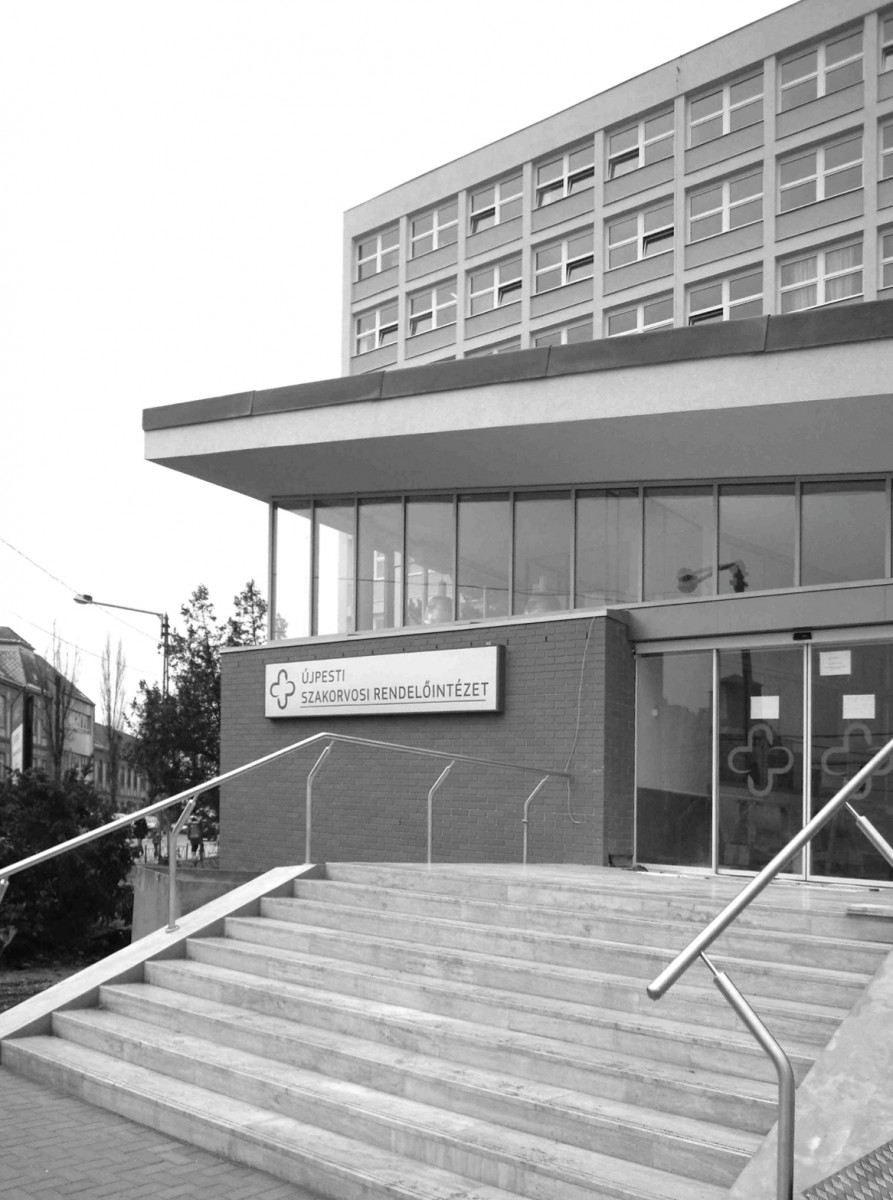 Thesis for DLA degree on the basis of experiences collected from studies, research and practice of hospital design for the past 33 years

In case of a public building, especially a hospital, designating the site is a responsible political decision, which is advocated by every tool at the disposal of architecture with its complex sensitivity in the complete cross section of time and space and with its creative propositions based on detailed studies.

Under the summarized concept of time I understand the contemporary cultural, technological, social and regulatory aspects, and under complete cross section I understand the task of analyzing and preserving heritages, or rather preparing for the changes which happen to the aspects of the now in the future.

4.2. The significance of occupying a place Second thesis

Occupying a place is the most important architectural task from the point of view of the environment, in which all components of the place, the time and the culture have to be applied. The succession of the three main components are varied, however in case of hospitals the role of time is more significant; in relation to the relevant professional paradigms occupying a place also means the choosing of the mass and spatial system, which in turn fundamentally determines the way the building functions.

While the role of the architect is contributory in the designation of the site, occupying a place is unequivocally an architectural task, and is of crucial importance regarding the success of the end result. The definition of occupying a place is essentially conceptual, a design task built on elaborate analytic work and studies.

4.3. The conditions of integration Third thesis

In case of a hospital the success of integration is the social acceptance (civic identity), which first of all is based on the right occupation of place, that is on the choosing of the mass and spatial system and the quality of the architectural solutions. All of these materialize in the hospital building as complex architecture, unifying the humanitarian approach with the systematic technological and logistical requirements.

4.4. The importance of showing an example Fourth thesis

Because of their role on society, intellectual and material concentration, physical size and effect on both local and global environment hospitals have to behave as an example of the standard in the social infrastructure. This requires the examination of the future, research and is an innovational challenge architecturally as well.

The architectural quality of a new hospital is determined by its intellectual openness and spatial flexibility in the terms of function, which in the end is completed by its presence as a public building, its behavior.

The historical precedents, spatial conditions do make the use of state-of-the-art systems in the occupation of the place in hospitals, but in case of the right architectural decisions can achieve more permanent acceptance and faster if integrated well.

In my experience in institutions accepting long-term care, chronic patients, historical environments can be beneficial, primarily due to the emotional aspects.